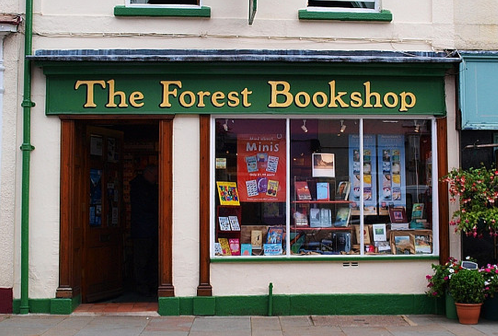 I recently came across an article Not In Chains, which was written by Doug McLean in the Spring 2006 edition of The Author.

In it he puts the arguments for supporting our independent bookshops beautifully,

pointing out that the more dominant the chains become, selling books below the price most independents can buy them, in pile-’em high-sell’em-cheap loads, the more detrimental it will be to our national literature and…
…the responsibility for what stocks the nation’s bookshops will be in the hands of a few head office buyers who, by nature, are far removed from the eventual customer. There will be little room to experiment with new authors, and small independent publishers and the public will see but a fraction of the wide variety of books that existed when independent bookshops were plentiful.

The book-reading public is becoming more aware that independent bookshops are places where they can interact with the staff, who often know, or take the trouble to learn their names and their favourite choices in reading. The independent, as second nature, holds knowledge of its customers that supermarkets and chains spend hundreds of thousands of pounds attempting to capture electronically.

At the Cheltenham Festival of Literature, Alan Bennet, to enthusiastic applause, urged his 1,000 strong audience to return to independent bookshops.

And he ends his article.

Doug McLean owns an independent bookshop in Gloucestershire, the Forest bookshop which he started in 1976. Like many other surviving independents he has also developed a thriving niche, specialising in sign language and deaf issues.

I also urge you to visit the booktrust website and see all the amazing work they are doing for children’s literature and literacy. Click on the image>>>