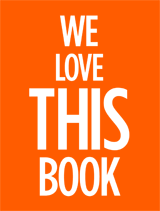 The author of Goodnight Mr Tom tells us about her new book, Impossible!

1. Sum up Impossible! In three words.
Atta girl, Josie!
2. Where did the initial idea come from?
I had written a book called A Spoonful of Jam about Josie’s sister Elsie. Set in 1947 Josie is born at the end of the story. I wanted to know what happened to her 12 years later. Since Elsie and one of her brothers would have been had been in the acting profession for some years by then, I wondered what it would have been like for their sister, a tomboy from a working class background, to attend a stage school and work with adults in the world of theatre and film.
3. How was the title chosen?
Miss Dagleish, the headmistress of the stage school, is convinced that it will be impossible for Josie to find an acting role in her first term. She also thinks Josie is impossible because she behaves in a way that in her opinion is unacceptable. I had three other titles, showed my list to young teenagers at random and asked them which one would make them pick up the book if it was amongst a pile of books in a bookshop. They all chose Impossible!
4. What’s your writing routine?
At the moment I have to fight for every second. I used to cut down on sleep to fit it in but it affected my health so I have to be strict with myself and switch off at a certain time in the evening. In the new year I will have more time to start thinking about my next book. I have shelves of books and films I have collected for research and I can’t wait to immerse myself in them.
5. Which book do you wish you’d written?
I find it, dare I say it, impossible to answer this question. I don’t understand having that kind of wish. If I had written a book written by someone else I wouldn’t be me. But knowing me, if I had written a book someone else had written I would probably notice mistakes and keep wanting to “tweak” it so I wouldn’t wish I had written it anymore.
6. What’s your favourite word in the English language?
Nosy
7. Who’s your favourite fictional character?
I have a broad reading taste in children’s and adult books. For me this is like asking a mother, “who is your favourite child?” I like different characters for different reasons.
8. What was your favourite book as a child?
I tended to be drawn to series rather than going back to one book because I wanted to know more about the children hence reading the Enid Blyton “Famous Five” and “Mystery” and “Adventure” series followed by the Arthur Ransome books.
9. What book are you recommending to everyone at the moment?
The 100-Year-Old man Who Climbed Out of the Window and Disappeared by Jonas Jonasson but I’m looking forward to reading The Book Thief by Markus Zusak and have already bought copies for other people and then of course there are the Montalbano books written by Andrea Camilleri and … I think I had better stop.
10. What do books and reading mean to you?
Being absorbed in other people’s lives. Finding answers to questions. Experiencing other points of view. Being taken to other places emotionally and geographically.