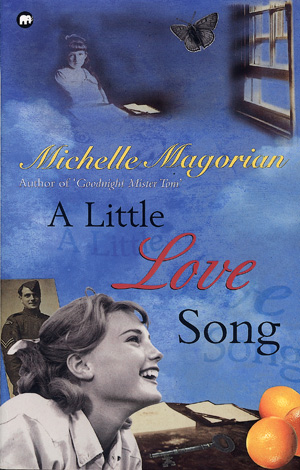 Get the Audio Book version of A Little Love Song

” Michelle Magorian has done it again: another unputdownable read… a well made book… strikes an excellent balance in portraying the joy of first love.”

“Although its beginning is deceptively childish, the book grows up with 17 year old Rose and by the end the reader has entered an entirely different emotional realm. Rose is inexperienced and repressed when, in 1943, she and her sister are evacuated to Salmouth for a summer holiday. There, Rose’s schoolgirl prejudices are broken down, but only after a wealth of new experiences, she is deceived into entering a sexual relationship, helps an unmarried mother through childbirth, and has a story accepted for publication. This book is not always a “soft read”: we feel real anger when Rose is used, and real suspense, hope and pain during the graphic birth of the child. Despite the simplicity and directness of the style, I think the reader would have to be at least 15 to relate to the book.”

“…set in the forties, teenage tomboy Rose and her beautiful sister Diana fend for themselves in a remote cottage in the sleepy English seaside town to which they have been evacuated. In diaries hidden in a locked room, Rose unearths a tragic tale of thwarted love which becomes increasingly real to her as she finds that she is falling in love herself.

A Little Love Song borrows its title and a number of its references from music hall songs and measures the lives of women between the two world wars and is a chilling testimonial to those who stepped out of line. Hilda’s diaries record her life in an asylum, her “madness” and illegitimate child.

In A Little Love Song Rose’s affair with Alec is complicated by his slow recovery from his breakdown after being invalided at Dunkirk.

The activities of reading and writing are intertwined with the discovery of adult identity and sexuality.

Rose’s changing attitude towards “Mad” Hilda’s Diary is also a measure of new found maturity. Like Hilda, Rose sees herself as plain and unmarriageable but finds love. The experiences of Rose’s friend Dot suggest that the world does not look any more kindly on unmarried mothers a generation later. But Rose has found tolerance and sympathy through her reading of the diaries.

… packs everything opera style. Once I started reading it. I couldn’t put it down.”

Not A Swan (USA title) 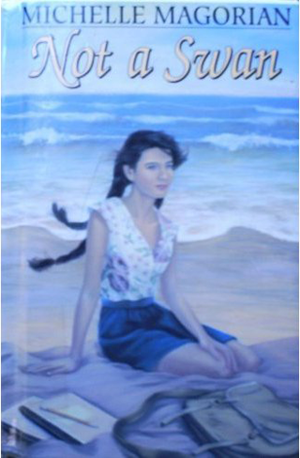