It is the night of the Christmas Office Party in a small town. Linda, a part timer, has been designated to organise it. In previous years, this event has swung from dull to disastrous but Linda is determined to make it a classier do, a night the office workers will want to remember rather than forget. She also wants to hang onto her job.

She invites two outside caterers, but against the backdrop of champagne and canapés she has to cope with Neville, the office Fire, Health and Safety Warden.
Swinging from humour to drama TINSEL follows twelve people and their fellow office workers through the hours leading up to the party, the party itself and the morning after the night before. 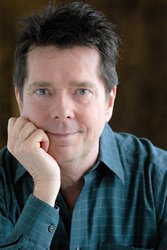