We are delighted to announce that Michelle’s new book Impossible! is available in all good book shops now.

Michelle will be appearing at a few events around the country and the official launch will be held at Theatre Royal, Stratford East on 1st December. I asked Michelle why they wanted to use that particular venue for the launch and she wrote this by way of explanation:

“Twelve-year-old Josie, a tomboy from a working class background, is in her first term at a London stage school, which turns out to be more like a finishing school for the upper classes. She is firmly told that there is little possibility of her being given an acting role with a professional company until the following year. Fortunately she is offered one in an American comedy. Unfortunately she is mistaken for one of the other cast members and kidnapped.

She escapes and, with the help of a fellow runaway, heads for the Theatre Royal Stratford East. Hiding in the theatre he and she witness Joan Littlewood working with the cast of a new musical where the approach to acting is far more physical and includes improvisations. It is a far cry from her stage school where the pupils are endlessly told to keep smiling, be elegant and make sweeping gestures. Josie decides to hide in the theatre for as long as she can so that she can learn more.

Meanwhile, the kidnappers discover her whereabouts and head for the theatre. Escaping from them by the skin of their teeth Josie and her friend, Mr Beauvoisin are discovered on the roof by Joan Littlewood who offers them both a fortnight’s work and a taste of a new way of acting.

But the criminals are still hot on Josie’s tail. 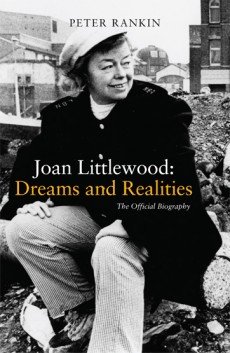 For students who are interested in acting, directing, set design, lighting and costume and for librarians looking to add to their drama section, as well as those who want to know more about Joan Littlewood and Theatre Workshop, Oberon books have published  The Art of the Theatre Workshop compiled and introduced by Murray Melvin, and will be publishing a new book by Peter Rankin called Joan Littlewood:Dreams and Realities..The Official Biography on October 31st.

Joan Littlewood was an extraordinary woman who shook the somewhat stilted upper class 1950’s world of theatre awake and opened its doors to a wider audience, yet so many people have never heard of her. I hope that in this 100th anniversary year of her birth more people will have the opportunity to find out how innovative and risk taking she was, embracing new ways of lighting and set construction, training members of her company to  be more physically expressive and open to improvisation, and opening doors to new writers and lyricists who wrote about working class life in a revolutionary way.” 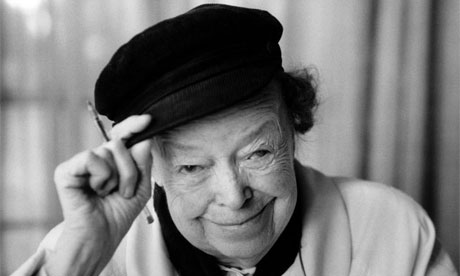 You can read more about the infamous Joan Littlewood by clicking on her picture. There is also a very interesting article written by Michael Billington and published in the Guardian in 2008.

Here is a list of Michelle’s diary of launch events:

The Bookwitch – Michelle Magorian In The Limelight