It was after I had been in a production of Joseph and The Amazing Technicolor Dreamcoat that I decided to use one of the songs as a catalyst for ten short stories. One of these stories became the opening chapter of Goodnight Mister Tom. Little did I know it would lead me to write the Book and Lyrics for a musical version and three more musicals, and that the scene where Mister Tom, Willie and Zach peer through the window of a neglected seaside bookshop, would be the seed of A Little Love Song, a novel about a seventeen-year-old girl growing into adulthood in the summer of 1943. 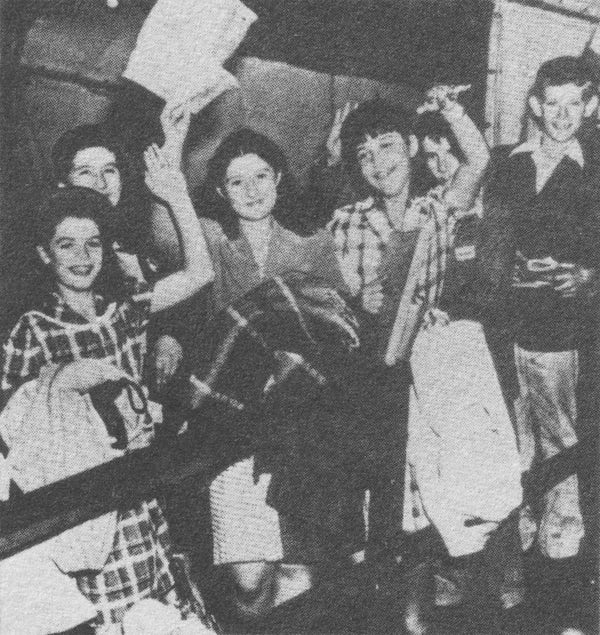 And that a photograph of sea evacuees taken in 1945, which I came across while researching Goodnight Mister Tom, would lead me to write Back Home. It was of a group of young people standing on the deck of a liner waving, as they returned home from America where they had lived, separated from their families for five years. Try as I might, I could not get this photograph out of my head. It was as though they were saying, ‘we’re not going to leave you alone until you write about one of us.’

In Back Home, twelve-year-old Virginia is no longer the shy child who timidly waved goodbye to her mother in 1940. In five years, she has become a confident, outgoing girl who loves art and stencilling, who can row a boat and swim, and who has lived in a country where girls and boys attend the same schools. She has also become accustomed to being called Rusty because of the colour of her hair. 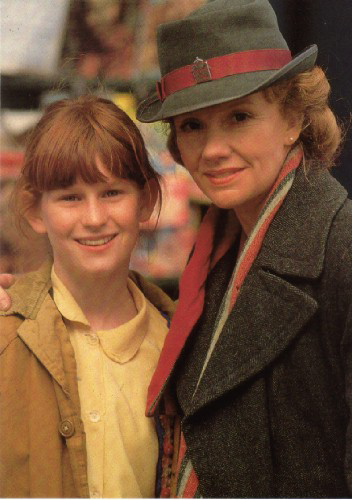 Her mother meanwhile has moved away from her controlling mother in law while her equally controlling husband has been serving overseas. Once in Devon, she joins the WVS (Women’s Voluntary Service), learns how to drive and trains to be a car mechanic. At the port, wearing her WVS uniform, she awkwardly greets her daughter and heads towards the rickety green WVS van she will be using to take them back to the house where she lives, although their journey is interrupted by her needing to fix someone’s car engine. When they finally reach their destination, Rusty is introduced to her four year old brother. But he is none too happy to see her.

Sadly, during my research, I discovered that only months after these sea evacuees arrived back in England, many of them were sent to boarding schools. Their parents thought they were doing the best for them as they wanted to help them catch up with their English education but some of the ones I met couldn’t understand why they had been uprooted from their American families only to be sent away again. They believed it was because their parents didn’t want them.

In Back Home, Rusty expects her mother to be the same person she left behind in 1940, and her mother expects Rusty to be the same little girl. Eventually, after a series of dramatic events, they realise that they need to get to know one another again.

This book led me to Cuckoo in the Nest.

It was during a rehearsal break that the director of the three Feydeau farces I was in mentioned he had read Back Home and told me that it wasn’t only sea evacuees who had problems returning home after the war. He had been evacuated to the West Country for four years, where he had been very happy. The only occupation which had helped him survive his return, had been the work he did in two theatres in the evenings. This led me to meet and record interviews with people who had worked on stage and backstage in theatres during the time of the weekly rep system.

Cuckoo in the Nest is set in 1946/47 during the worst winter since the 1880’s and was the first of The Hollis Family Trilogy. The cuckoo in the nest is sixteen-year-old Ralph Hollis who would love to work in the local theatre where a different play is performed every week but because he is from a working class background his father, even if he approved, would be unable to give the theatre a sum of money for his weekly salary for a year while he trains. He is also the cuckoo in the nest in his own family because since his return from the area where he was an evacuee, he sticks out like a sore thumb. This leads to endless rows between him and his father who is enraged at discovering on his return from the army that Ralph, unlike other working-class boys, has not been bringing in a wage since reaching the age of fourteen. Instead, he has remained at a grammar school where he had been given a free place, in order to take his school certificate. To make matters worse, he speaks with a middle- class accent.

Meanwhile outside, after mountains of snow begin to melt, there is severe flooding, and Ralph’s young sister, Elsie, nearly drowns as a result of being bullied by a gang from the next street. Once I had finished Cuckoo in the Nest I wanted to explore what was behind this incident. The result was A Spoonful of Jam, the second of The Hollis Family trilogy. Set in the polio ridden heatwave summer of 1947, Elsie’s school holiday was supposed to be, in her form mistress’s words, jam for her pupils’ minds after the bread and butter of their first three terms at a girl’s grammar school. But Elsie fears it will only be a spoonful of jam, since her other brother has left school and is working, which means he will no longer be around to protect her from the gang.

Before I could think about the third story in the trilogy I was working on two more musicals.

So how did I come to write librettos in the first place?

A 40th Anniversary In Lockdown – Time for more Novels

Tinsel The Musical Premiered In Petersfield